The Thousand and One Puppets

The fairy tale-comedy represents the story of the cheerful brigade composed by Fasolino, Sandrone and Brighella "business partners for misfortune" who decide to dissolve their company in a wood (enchanted) in Persia, advised by a very curious character met by chance but called to give a final sentence on their union. The Modenese mask Sandrone and the Bolognese character Fasolino have fundamental roles in the story, Why, in the unraveling of the plot, after liquidating the swindler Brighella, the two embark on a journey that will lead them to compete with a spell that keeps a princess subdued. Our heroes will be able to save the beauty and change the course of their lives forever?

ESI is a legal entity governed by Dutch law, which is part of the network of bodies recognized by the Italian Government and which receives contributions from it for the dissemination of the Italian language and culture in the world. 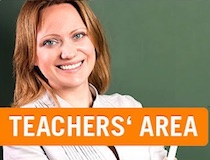